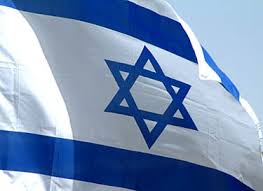 My heart is torn for the war now happening in Israel, as the Israeli people are assailed with rocket after rocket by the terrorist groups in Gaza.  I pray constantly throughout the day from Psalm 125:2: “As the mountains surround Jerusalem, so the LORD surrounds his people both now and forevermore.”   My heart also goes out to the innocent Palestinian people wounded and killed in the crossfire.

As the war has escalated, I have heard from some of my friends in Israel and others who are in ministry there bringing the Good News of Yeshua (‘Jesus’ in Hebrew).  I read on Facebook that some staff from Jews for Jesus in Israel were most likely going to be called up from the reserves to serve.  My friend Shaqed, a  young Israeli women whom I met while working in a Jewish summer camp near my home, wrote on Facebook that 847 rockets had been fired so far  and defended her nation’s right to defend themselves.   I have also seen first hand a video of Israeli families with children experiencing the rockets while in a bomb shelter. It’s terrifying.

I know too well the fear and terror this causes, having served in Israel as a Jewish Evangelist in the mid to late 1990s.  I remember Israeli citizens walking around with gas masks after President Clinton ordered an airstrike on Iraq. The Israeli people, fearing a return airstrike from Iraq on Jerusalem, carried them wherever they went, as I sat huddled in a closet wondering if I should return home to America.  (At the last minute, Clinton cancelled the airstrike.)

A few days ago, I received an email that encouraged me that God is still in control and still surrounding His people in Israel. May I share it with you? The email contained a letter from a Christian couple who run a guest house outside Tel Aviv.  To my surprise, they report on Messianic Jewish soldiers in the Israeli army, Jews who believe in Yeshua as their Messiah, whom God is using to bring victory in the conflict with Gaza. Below is the touching letter.

The Director of the guest house writes:

We visited with Elan* (not his real name), a Messianic Jewish soldier serving with the new anti-missile crew “Iron Dome” just 15 kilometers from Gaza. Here’s our report:

This past Shabbat (Sabbath), Beer Sheva was like a ghost town. The streets were empty except for the few cats and dogs roaming for scraps. As we drove to the southern outskirts of the city, we turned right up a dirt road and ascended the deserted hilltop overlooking the city where the Iron Dome crew await the next missile attack from Gaza.

With the population of over 200,000 nestled just below the hilltop depending on their missile defense, the crew seemed surprisingly relaxed, some even in their Shabbat tee shirts and sneakers, munching on midday sandwiches watching the skies and waiting for the next attack. “It was not like this when those first missiles came in,” said Elan, a Messianic Jewish member of the unit. “When the alarms went off and that first barrage of missiles came, we were really scared,” he admits. “15 rockets all at once came raining down on us,” he said, “and it looked like they were going to fall right on top of us.” The hill these brave young men and women command on the southern edge of the city is in direct line of fire of the missiles from Gaza.

“At first we were not sure the Iron Dome would work,” said Elan. “We put on our helmets, kept our heads down and prayed” he said. “Now was the moment of truth if all our hard work training would pay off.” Pay off it did, as 85 percent of the missiles aimed at Israel’s city centers have been brought down by Iron Dome. “When we saw those missiles blown up by our unit we all started laughing and jumping up and down,” said Elan “We could hardly believe it!”

As we are talking war sirens ring out over the city and within seconds two rockets blast out of the Iron Dome battery on route to intercept the missiles. “Watch this,” Elan smiles. We cannot see the incoming missile, only the Iron Dome rocket’s white tail of smoke making its way up into the blue skies in search of the deadly missile. Then sure enough we see a grey puff of smoke about a kilometer above our heads and within seconds comes the echoing boom of the missiles’ midair explosion. After a week of fighting the soldiers are far more confident in the system’s capabilities.

Civilians are also feeling much safer with the Iron Dome success. “People from the city come up here to bring us care packages,” says Elan. “They want to tell us thanks for saving their lives,” he says. “Although it is forbidden, we allow a few to come. It’s great that we are joined together in these difficult times,” Elan explains. “It really feels like one big family. Everyone wants to help.”

Like most Messianics in Israel, Elan is proud to serve his country. There are hundreds of
Messianic Jewish believers serving in the Israeli Army. Many of them in elite fighting units now amongst the ground forces moving into the Gaza Strip. Most are exemplary soldiers who want to demonstrate that faith in Yeshua is not a betrayal of their Jewish heritage. In fact, faith in the Messiah is giving them an even greater purpose and desire to serve the nation of Israel. “I feel like I am doing something really important,” says Elan. “This is something I have waited my life to do for my people,” he says. “I am glad that I can be here for such a time as this.”

As we were about to leave Elan asked that we pray for him and all the soldiers in the Israeli army at this time. We assured him that we would and that people all around the world are standing with them praying. We hope that you will also join with us in prayer for these fine young men and women now serving Israel. And may God bless Israel.

NEWS FLASH:  As I go to publish this article, news is in a ceasefire has been reached between Israel and Hamas, the terrorist group in Gaza!  However we have seen from experience that this peace is just temporary, and in fact rockets continue to be leveled at Israel tonight.

I am grateful this Thanksgiving for the Lord’s miraculous intervention in protecting Israel especially though soldiers that believe in Him. He has answered our prayers. I therefore ask you to pray that all the soldiers, especially Elan and the other Messianic soldiers, who are  in harms way, will return home safely. Please pray Psalm 121:8 “The LORD will keep your going out and your coming in from this time forth and forevermore.”

Enter your email to receive new posts. It's easy, and your email will not be shared! Hit subscribe when you are done.